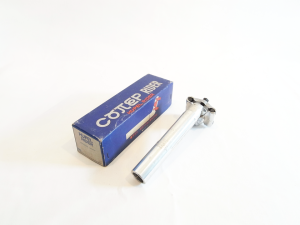 As a collector of vintage Fuji bicycles you sometimes run into a few less common model names on parts. One of the most challenging to search for is the СУПЕР Rider seat pillar (post). More appropriately named Hupel Rider, this seat pillar was standard on the high-end Fuji bicycles ( Newest, Finest etc.) in the 1970’s.

A fellow over on Flicker has a nice little write up on the Hupel rider. He states that the “СУПЕР” stands for super in Russian. Type that into the Google translator and sure enough, that’s what it comes up with.

Scott Ryder, the most famous of vintage Fuji collectors mentions in an older BikeForums.net thread that the Hupel (Super) Rider was made by Y.F.C. What exactly Y.F.C stands for is still a mystery, but they are well known for bicycle saddles.

Try searching for СУПЕР on ebay; yeah, good luck with that… Better yet, find one in 26.8mm contact me right away! 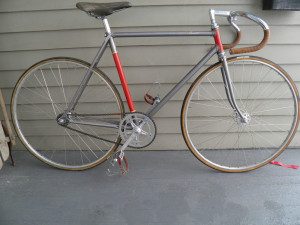 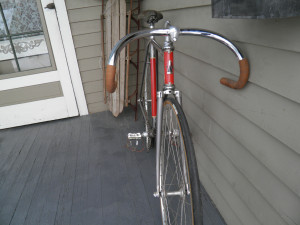 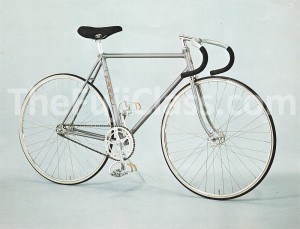 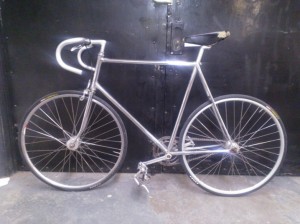 Scott over at the Vintage Fuji Archive recently added a blog post featuring attire gathered from collectors around the country. I have to say my favorite is the vintage Fujita jersey pictured below, now that is classic! 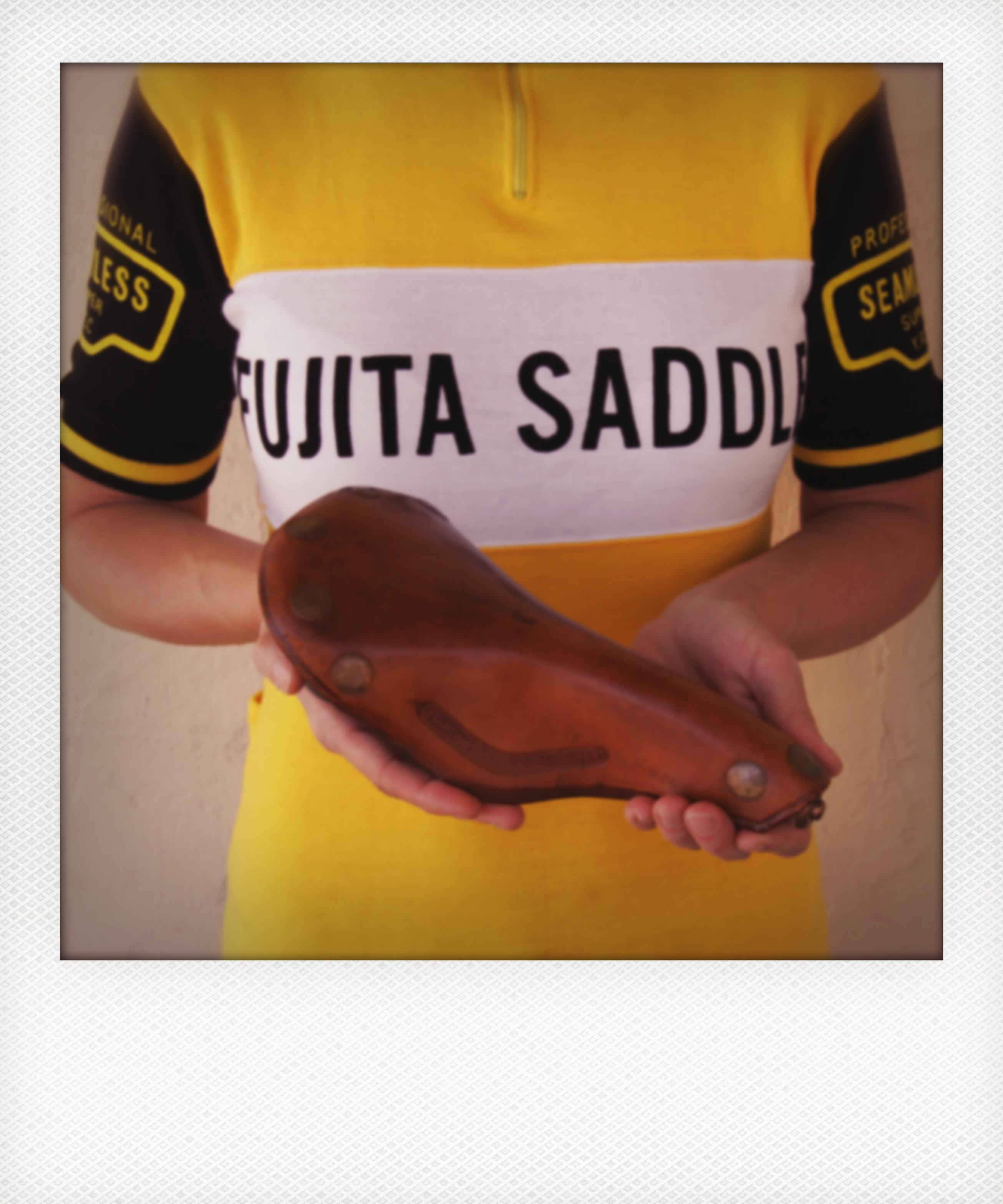 It’s been a month since the last time I touched the 1980 Fuji Feather BMX bicycle. Today I had time to throw on some very sought after, black Mitsuboshi Silver star Competition II tires, a sleek Sugino SP-G1 BMX stem, Dia-compe 2-bolt seat clamp, black anodized aluminum seat post, black anodized aluminum handlebars and the very cool Fuji Seamless YFC saddle or seat as we call it in the BMX world.  And let’s not forget the Black OGK Mach grips… 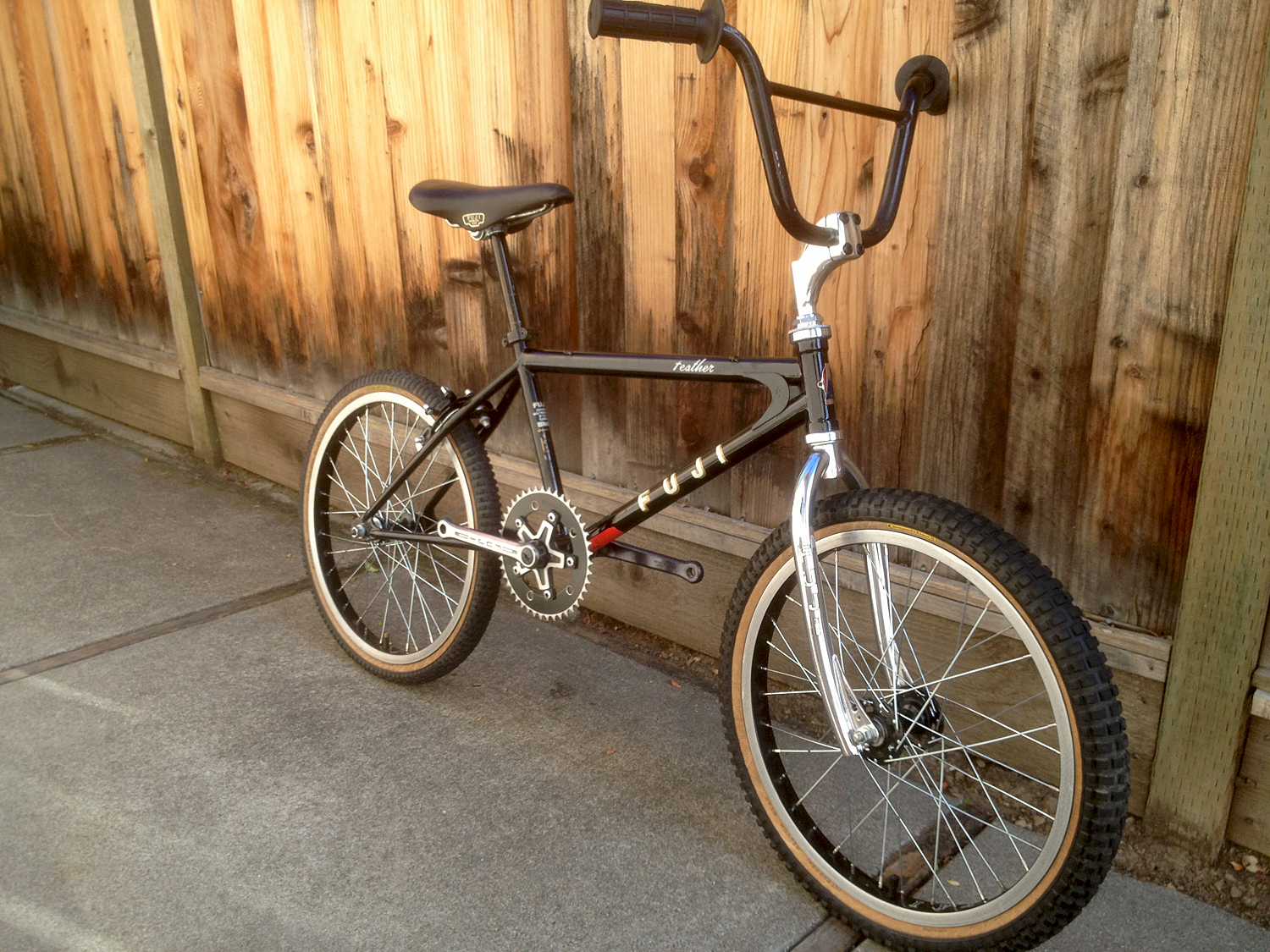 The decision is made. I am going with the black Ukai rims and black Sunshine hubs. 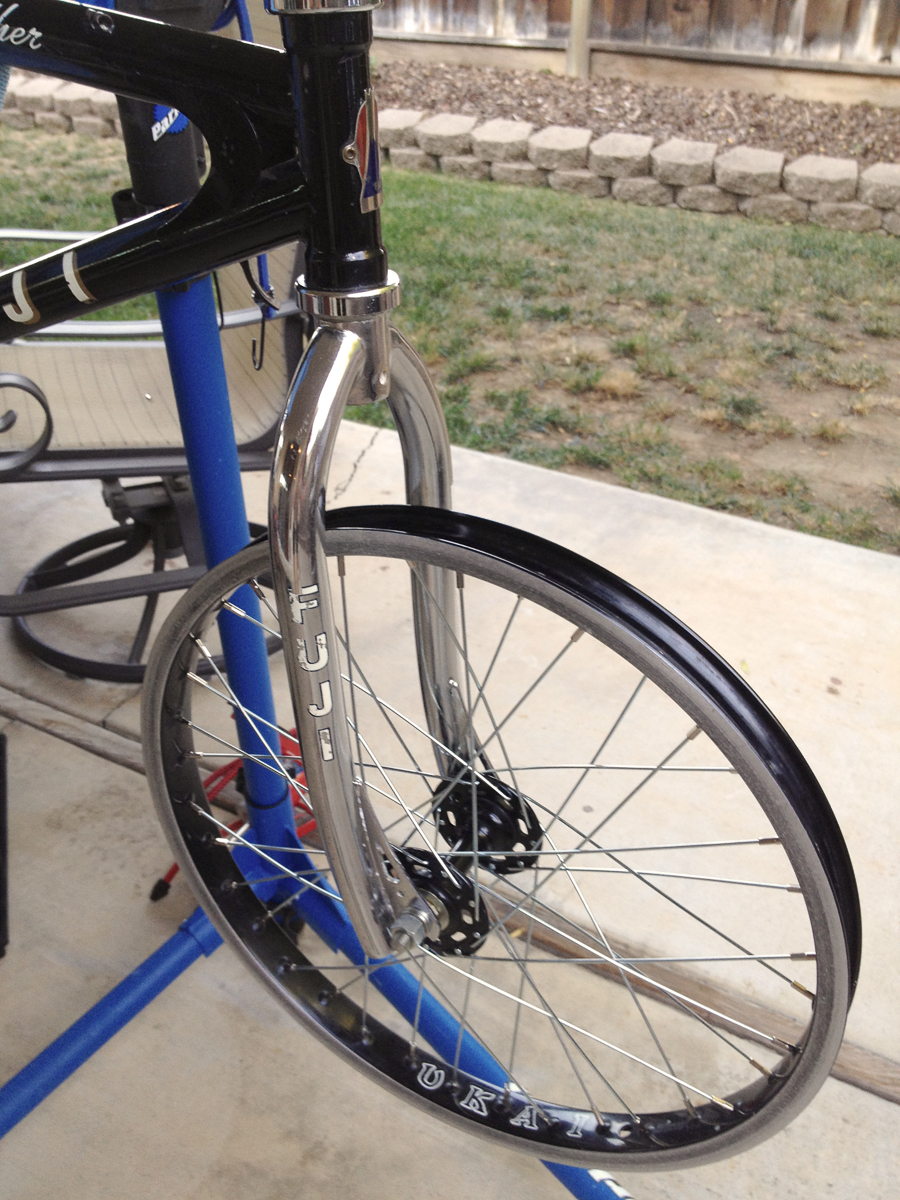 Speak, or post publicly, and ye shall receive! I have acquired a mint and complete set of the Hajime Kato Sun Tour postcard set. 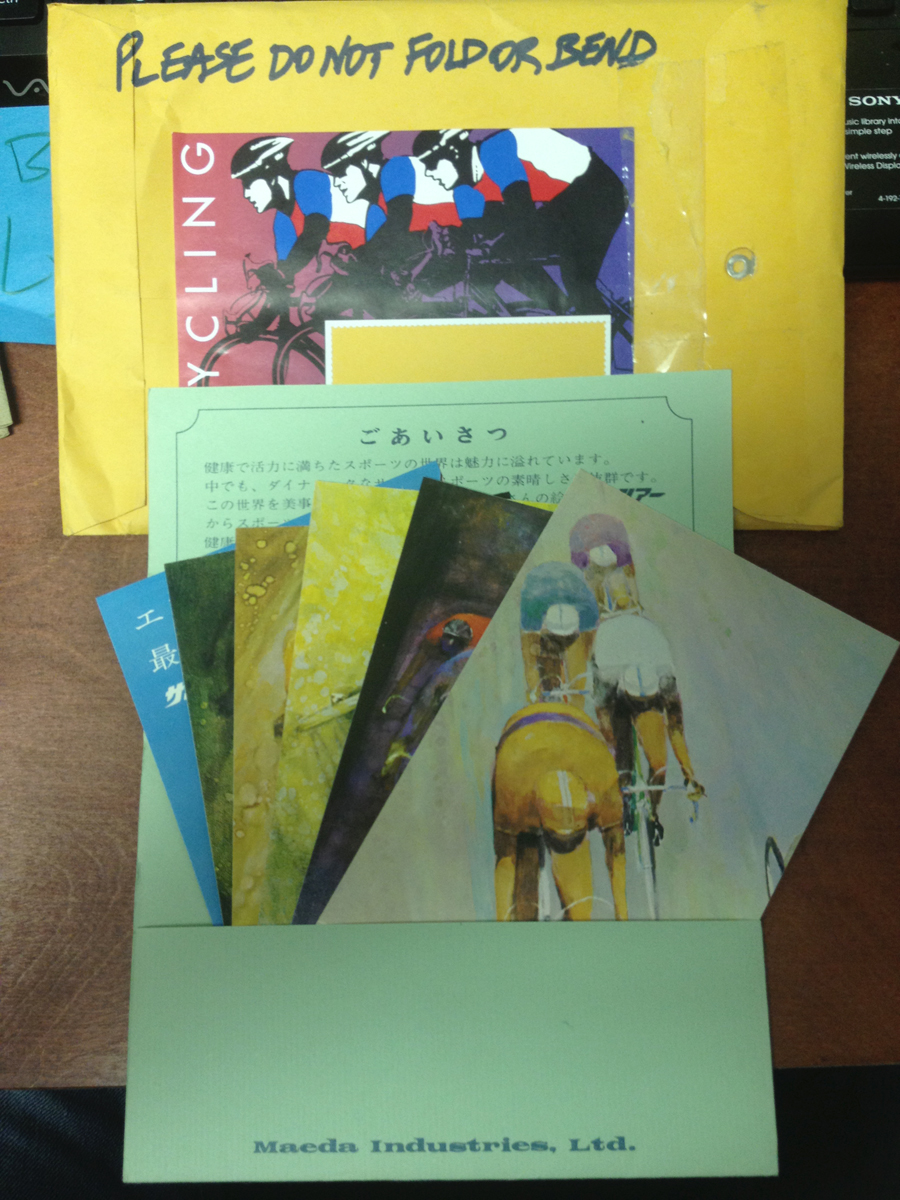 I love the note inside the postcard envelope from SunTour 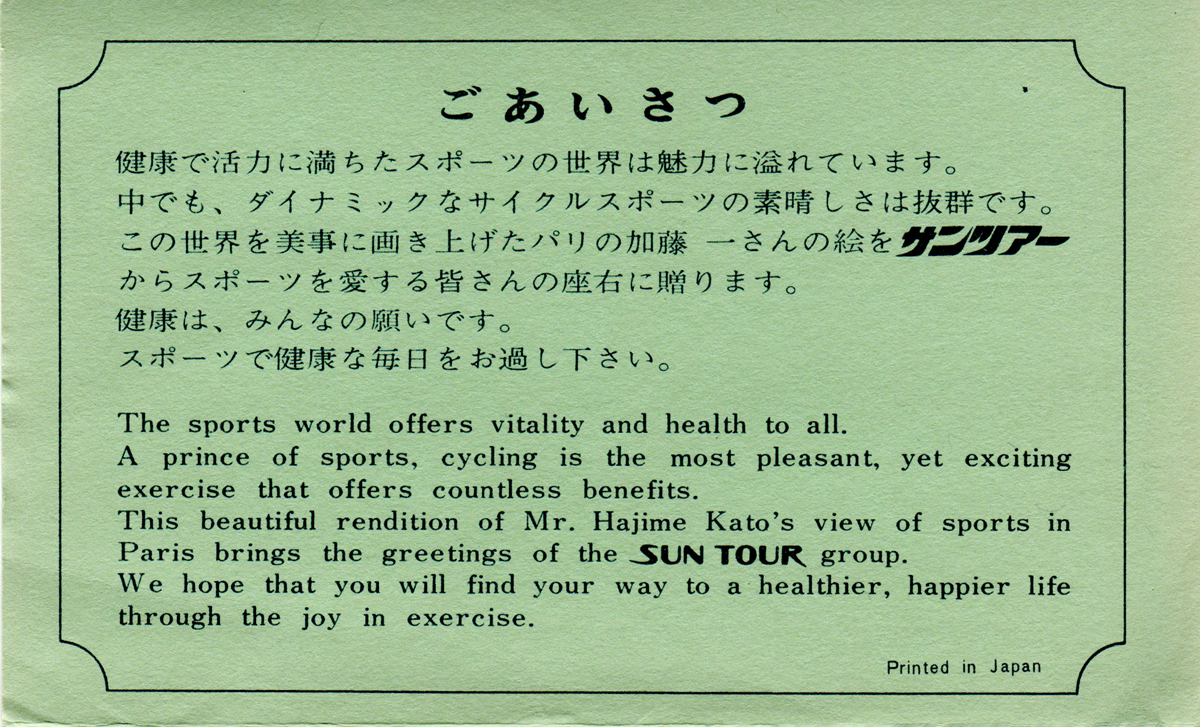 I’ve recently discovered that Suntour distributed a 5 pack of postcards displaying reproductions of Hajime Kato original oil paintings. These paintings were abstract renditions of bicycle racing. I have been quite taken by Kato’s ability to capture movement in all his works.

Kato was a professional keirin cyclist in Japan in the 1940’s and 50’s. He is said to be instrumental in bringing keirin cycling to the world. He later moved to Paris where he focused entirely on his art.

I’ve got the majority of the parts laid out with a few decisions to make along the way. 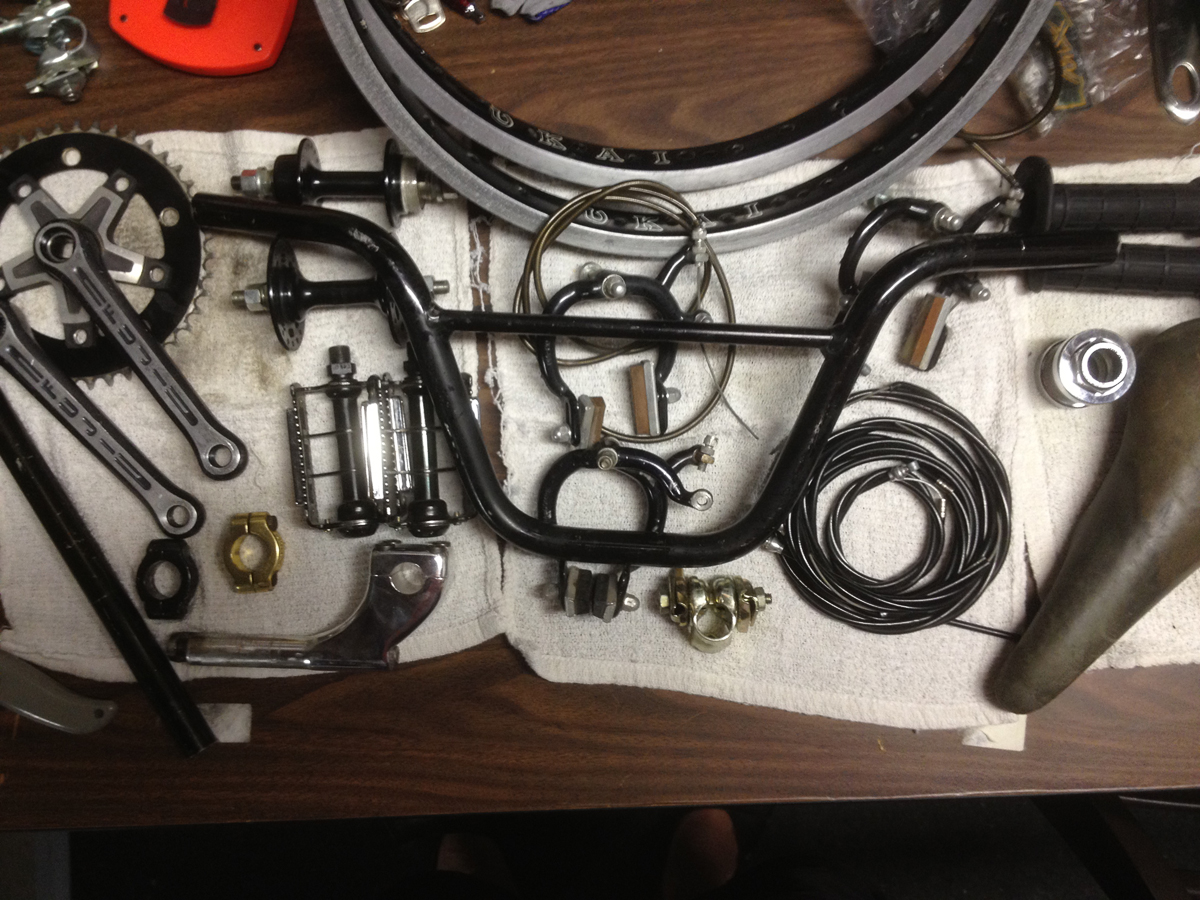 One of the very distinct parts on the Fuji Feather Professional BMX bikes is the Tange Meriter headset. These are semi-sealed and were a very high-end part in the mid and late 1970’s.

When acquiring a Tange Meriter headset one of the most often damaged parts is the top-nut. I must have 10 headsets and probably 5 good top-nuts, 2 bad top-nuts, and 1 unusable. If you ever find these top-nuts at a swap, buy them! 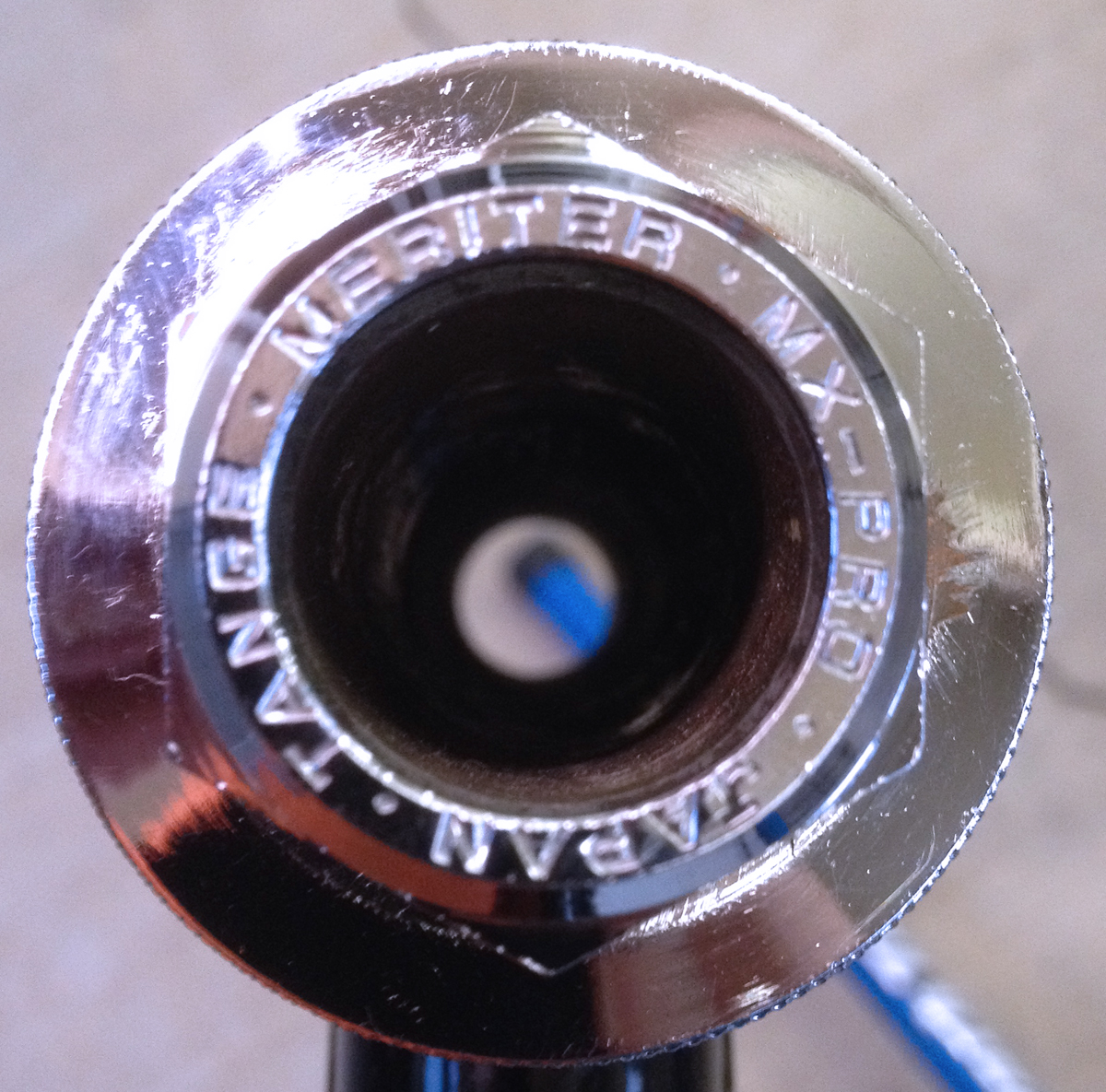 Another very distinct part to the Feather Professional BMX is the curved Ishiwata fork. 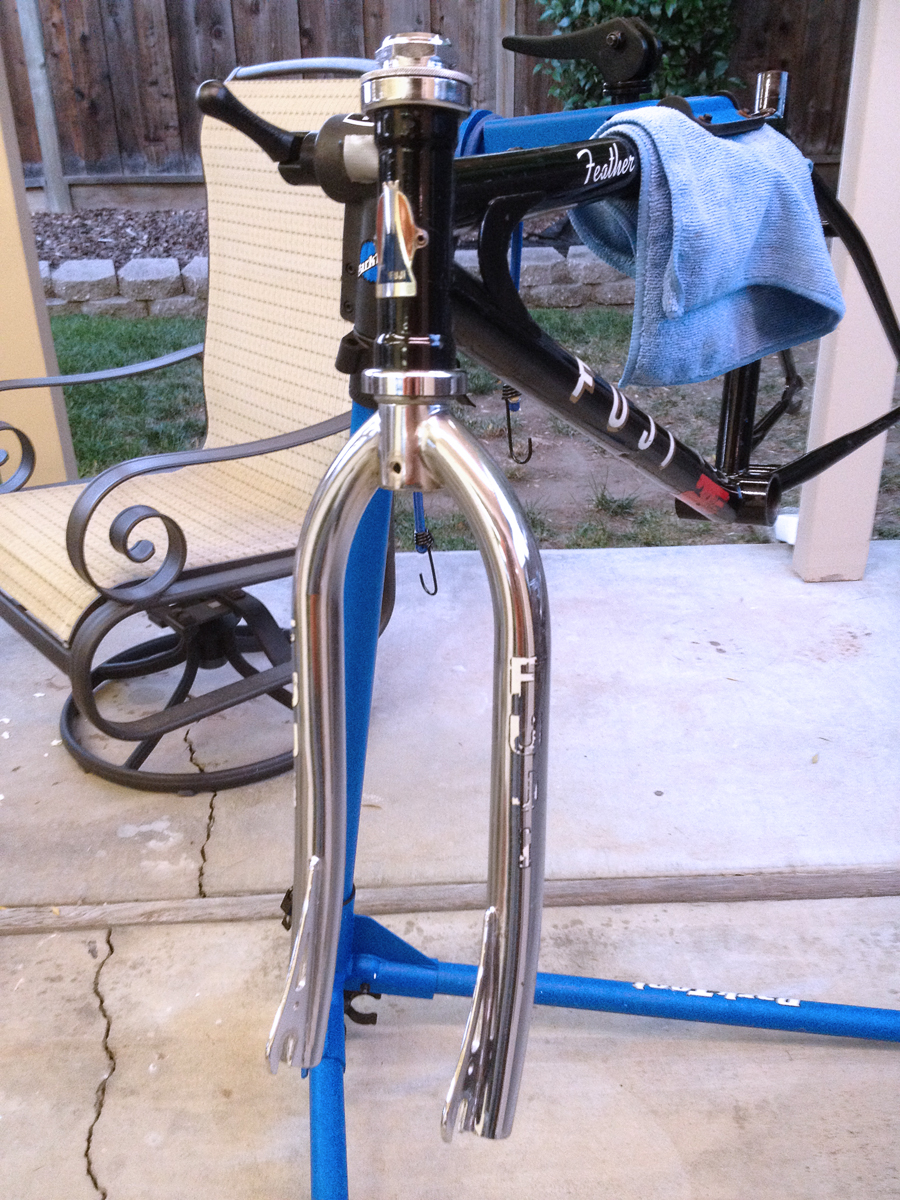 Today I begin bringing life back into this 1980 Feather Professional BMX. I will only be cleaning; there will be no resurfacing, repainting or even removing stickers on any parts. 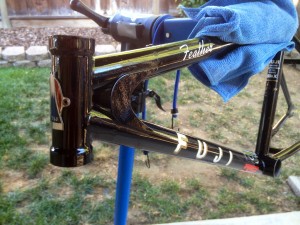