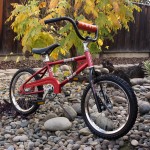 About 1 year ago I picked up this 16” all original survivor down to the tubes and tires. The serial number has a manufacturing year of 1983; however based on the plastic MX seat and type of stem, I’m quite certain it is a 1984 model.

It was quite the rust bucket; likely left outside in the rain, and a little one had decided to take a nice black permanent marker and trace around almost the entire bike. I disassembled and cleaned everything and was able to remove almost all the rust with some still remaining on the chain, yes that’s OG too. I was also able to get the 25+ year old black marker off. 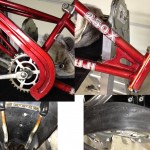 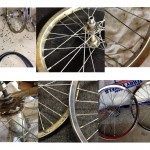 Fuji 250x before photo showing some of the rust