I had heard about oxalic acid and its power to remove rust from bicycle as well as many metal parts. In my research I also found out the active ingredient in Bar Keepers Friend is oxalic acid. It just so happens that I had just received a rather rusty Fuji Feather Professional Ishiwata BMX fork and have a bottle of Bar Keepers Friend under the kitchen sink.

So, here’s what I did. I got a large plastic bin I had purchased at Costco some time ago. I put one cup of Bar Keepers Friend in the bin and then filled it with hot water until the fork was completely covered. I carried the bin outside to let it sit for a few hours. Before walking away, I couldn’t help but pull the fork out to see if any thing was happening. Sure enough, with the wipe of my finger rust was already coming off! I was looking forward to the result!

3 hours later I began to lightly scrub away the rust with a Scotch Brite blue non-scratch sponge. Below are the results. 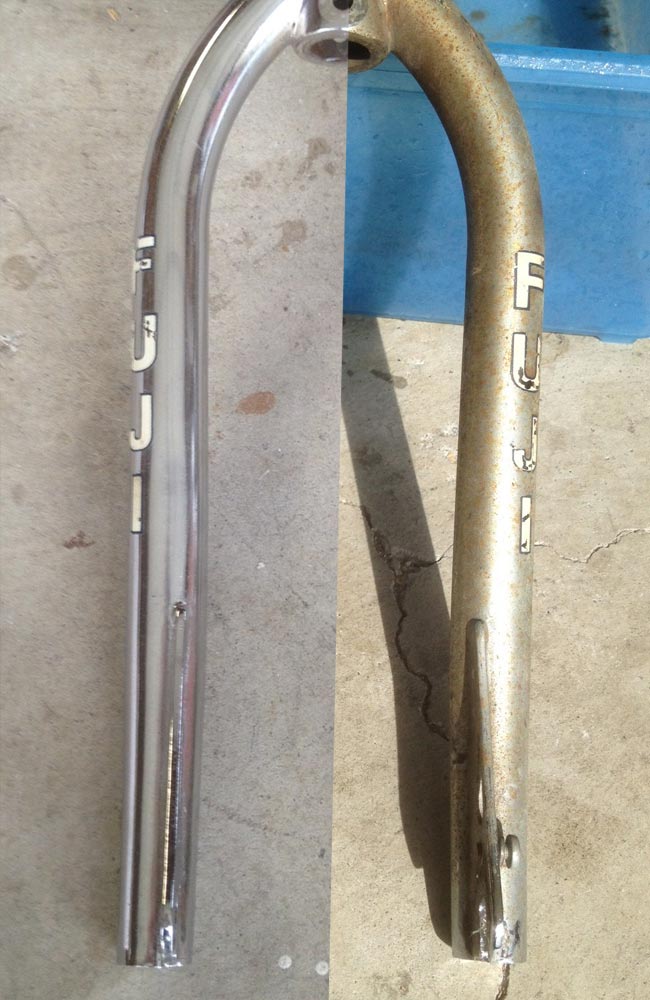